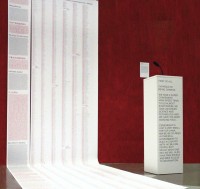 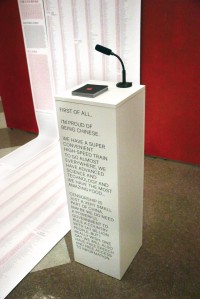 The Chinese government is very powerful. It maintains censorship over all media capable of reaching a wide audience. This includes radio, film, television, publication, text messaging, instant messaging, video games, apps, literature and the internet. As a student studying in the US, with the influence of the United States’ democratic. I began my thesis by working with thousands of words banned by the Chinese media. I have sourced them from China Digital Times. I present various banned information in a subversive and humorous way to audiences in America to discover the influence of humor.