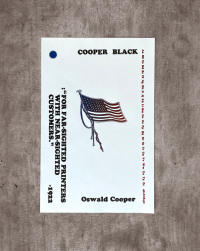 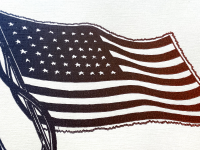 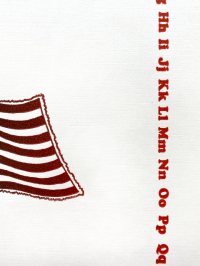 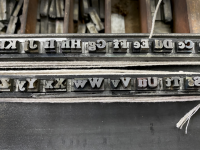 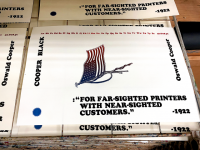 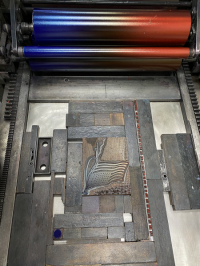 The goal of this project is to choose a face in the shop and create a printed specimen sheet for it. Cooper Black, a font for display use designed by Oswald Bruce Cooper and released by the Barnhart Brothers & Spindler type foundry in 1922. It has become emblematic in the late ‘60s for its pop-culture use and advertised as being "for far-sighted printers with near-sighted customers", as well as "the Black Menace" by detractors. The use of letterpress displays the old-fashioned method of designing and publishing pop-cultures, such as posters and albums, and other advertisements.

Born in Taiwan and based in New York, Chih-Yuan (Jacky) is an interdisciplinary designer who devotes himself to communicating visually using multiple tools and experimenting with various materials. His work strikes to deliver concrete ideas through sophisticated and detail-oriented visuals. He is proficient in visual communication, printmaking, UX/UI, installation design, brand design, and photography.